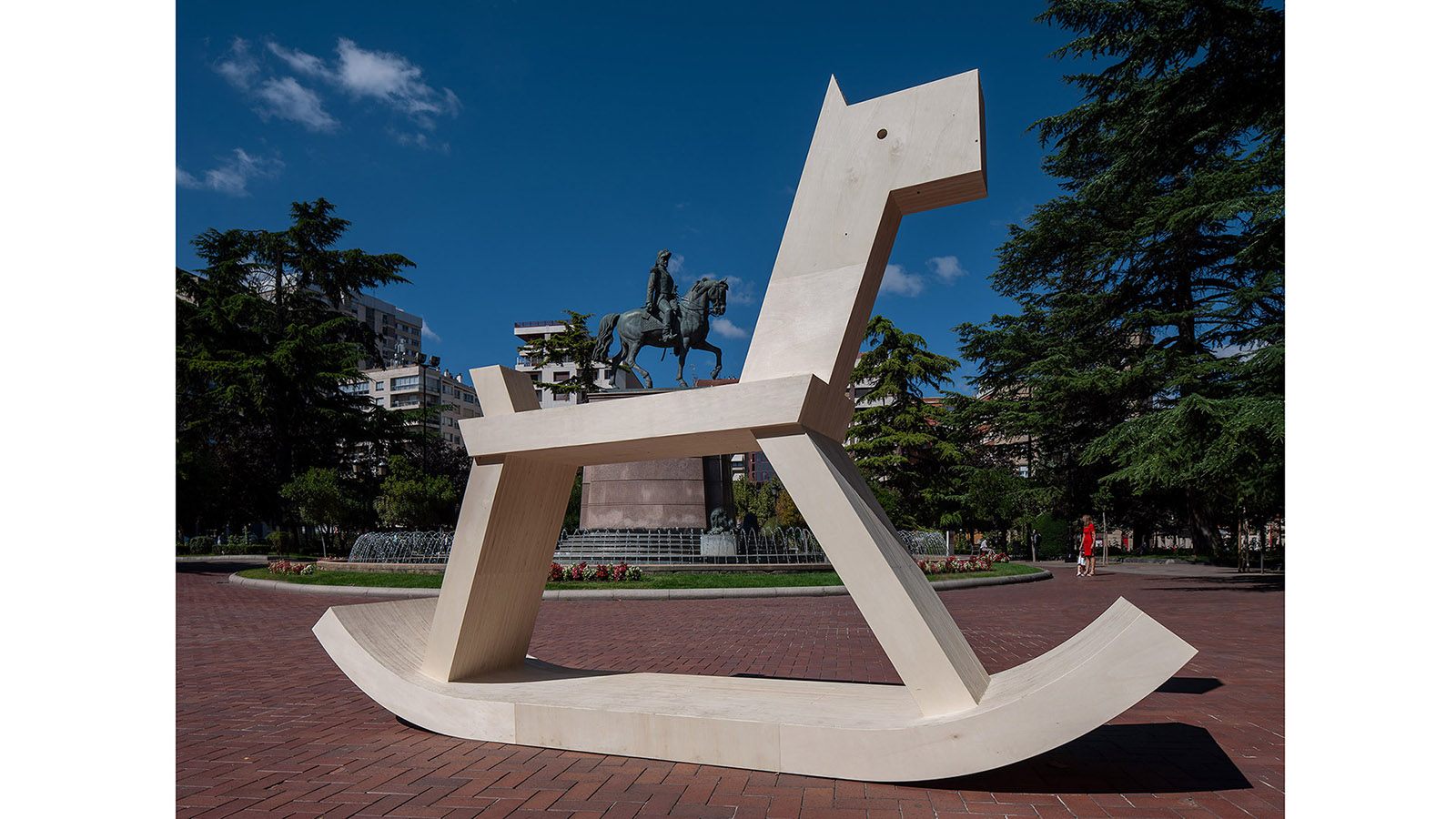 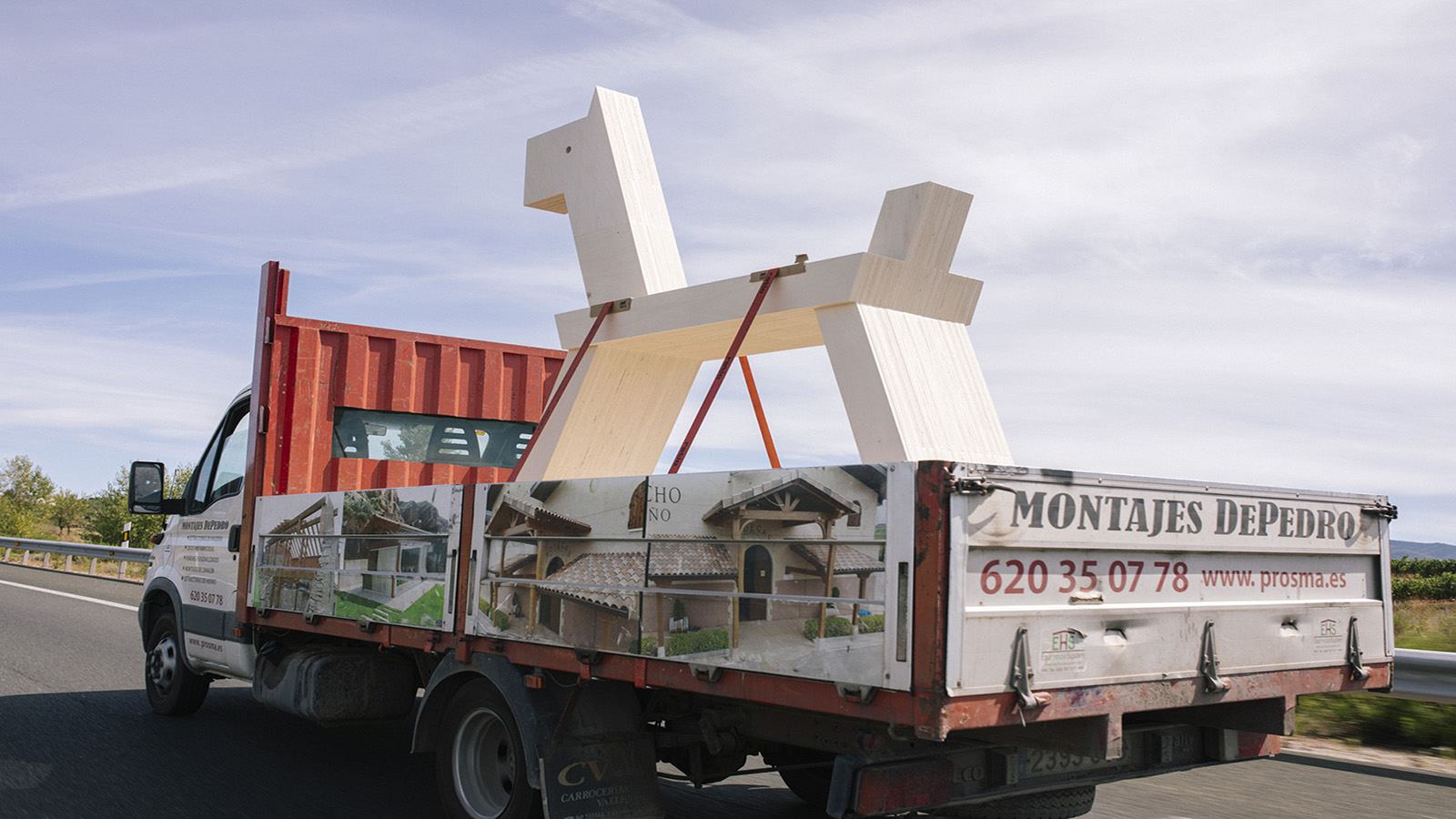 The central area of Opificio 31 will be home to the temporary public art installation by the Polish artist Iza Rutkowska to denounce the negative messages that are often found in public spaces.
Equestrian statue questions the art that connotes squares and public areas with statues depicting commanders and soldiers on their horses and the message of conquest associated with them. The installation interrups and subverts this practice by presenting a gigantic toy horse, without a rider, on which children and adults can climb.
Previously exhibited in front of the statue of the Espartero Monument in Spain, Equestrian statue is now part of an itinerant project that has countries with a colonial history as stages. On 9 September it will also be possible to participate in the workshop that the artist will hold in Opificio 31, where participants will be able to download a paper model of the horse and print it at home, paste it and then photograph it in front of oppressive equestrian statues existing near their homes.